Pc Off Computer the fastest growing, most dynamic chain of stores nationwide and dominant leader in retail and wholesale industries of refurbished and brand new computers. We do business with conscience; we will constantly aim to satisfy the needs of our costumers by providing a quality product at low prices. Our INTERSAVE FAMILY lives by the value of teamwork, honesty and loyalty, our professional workforce, together with our business partners, strive for service excellence in pursuit of costumer satisfaction. We look to the future with determination and confidence as we realize the fulfillment of our VISION. OUR FUTURE IS OUR RESPONSIBILY!! OUR MISSION: To be the forefront in the industry by pioneering in RETAIL and WHOLESALE business trends. We provide QUALITY low-priced products and services with our costumer’s interest at heart. We care for each others welfare because we are a FAMILY STORE LOCATION: INTER.SAVE COMPUTER CENTER (Angeles Branch) = 1271 DMC BUILDING BRGY NINOY AQUINO MC ARTHUR HIWAY ANGELES CITY PAMPANGA TIPID COMPUTER CENTER (Angeles Branch) = UNIT 25 PLARIDEL SQUARE PLARIDEL STREET ANGELES CITY PAMPANGA TIPID COMPUTER CENTER (Balibago Branch) = 1911 BRGY BALIBAGO MC ARTHUR HI-WAY ANGELES CITY PAMPANGA PC OFF COMPUTER TRADING (Angeles Branch) = 1-2 […]

Dos Mestizos, A dozen or so years ago, a mestizo came to Boracay to open a rustic restaurant in a corner of what locals on the island refer to as Station One. That mestizo, Jose Carlos Remedios – Binggoy to those who know him – along with Jose Ramon Nieto, the other mestizo in Dos Mestizos, the name chosen by the two partners for the restaurant they opened, started cooking in his little corner of Boracay food that, in no time, caught the attention of gourmands, food and restaurant reviewers from Manila and beyond and generally, people with an appreciation for good food cooked with meticulous care, with only the best ingredients and condiments used to ensure quality of taste.  Takes bookings, Walk-ins welcome, Good for groups or parties, Good for children, Takeaway, Catering, Table service and Outdoor seating. [yasr_visitor_votes size=”medium”]

The Museo Ning Angeles (MNA) is the nucleus of activity of the Kuliat Foundation, Inc. Located in the oldest historical district of the city, the MnA has become the venue of the city’s cultural activities be it from the private or government sector. From the time it opened in the year 1999, it has been a beehive of activity from exhibits, art classes, concerts, venue for performances and climax for traditional celebrations. Museo ning Angeles is a priceless asset., vintage circa 1920, the building is a museum piece by itself , located at the prime Sto. Rosario Historic District across the Holy Rosary Cathedral. This edifice was constructed in 1922 and served as the “ MUNICIPIO” or Town Hall. The original Town Hall was constructed in 1840, then known as “LA CASA TRIBUNAL” and was a typical “BAHAY NA BATO” with a thatched roof. Its location was about 20 yards to the south of the present structure since the present site was the town “PALENQUE” or Public Market place. In 1855 the market place was razed down by a great fire that endangered the wooden church and the old residences along Sto. Rosario Street, including the “LA CASA TRIBUNAL”. The museum […]

Brighter Kids Academy (formerly known as Brighter Kids Learning Center of Angeles City, Inc.) was established on June 13, 2005 by Mervin S. San Jose with the help of his consultant Rodolfo C. Torres – author of educational books, CDs, publisher and a public speaker and with the generous support of the founder’s families, friends, relatives and church mates. This was established for giving an excellent education. With small capital, few chairs and tables, a single chalkboard and a few books, the founder hired two teacher to steadfastly nurture a dream of establishing a Preschool and Grade School education that provides an authentic learning experience for children to become enthusiastic, caring, compassionate, loving and problem solvers. Furthermore, to be known in the community for its highest educational achievement. This is a fulfillment of a long sought dream. Brighter Kids Academy of Angeles City, Inc. exists to provide quality and accessible education with emphasis on Christian Character achieving academic excellence. The school seeks to reach out to children and their families providing an environment that nurtures sound spiritual, physical, mental and social developmental needs. [yasr_visitor_votes size=”medium”]

Skill Power Institute is a non-stock, non-profit learning organization committed to community service through quality education. It was established in November 4, 1997 and has become among the pioneers of tertiary computer education, not only in Antipolo, but also in adjacent towns and municipalities. Various branches emerged after Antipolo. Nego-Skwela was opened in Quezon City. AMS and  CDC courses were opened in Quezon City. Angeles, Cabanatuan, Urdaneta, Tarlac and Sucat Branches. Founded by Dr. Eladio A. Guevarra, Skill-Power Institute has taken larger strides to further augment its quality education by being accredited by the Commission on Higher Education (CHED), Technical Education and Skills Development Authority (TESDA) and the Department of Education. SPI’s objective is to enhance the intellectual growth of the youth and adult, as well as to prepare them to be globally competitive and equipped to face a fast-advancing world. Today, the founder’s vision comes into its realization by the birth of the SPI Systems Colleges which caters pre-elementary, elementary, secondary and tertiary education. Aside from the Tech-Voc courses registered under TESDA and 4 Years Baccalaureate Degree Programs recognized by CHED, SPI Antipolo reached another milestone by becoming one of the tertiary institutions that are now authorized by the Department of Education […]

The Philippine Women’s University or PWU is a non-stock, not-for-profit, non-sectarian educational institution duly existing under the laws of the Republic of the Philippines. The University will mark its centennial in Academic year 2019-2020. It is in the top tier of the Philippine educational hierarchy with Autonomous Status conferred by the Commission on Higher Education in 2008. The University’s core values are fostered through a curriculum centered on holistic character formation, the preservation of cultural and national heritage, family solidarity, ethical professionalism and service to the country. On June 9, 1919, what would eventually be PWU opened its first classes as the Philippine Women’s College. The vision of seven far sighted Filipino women – Clara Aragon, Concepcion Aragon, Francisca Tirona Benitez, Paz Marquez Benitez, Carolina Ocampo Palma, Mercedes Rivera and Socorro Maraquez Zaballero – the nascent university had an initial enrollment of 190 students. The goal was to prepare young Filipino women for a life of service and leadership. In 1932, thirteen years after opening, the college won university status, becoming known henceforth as the Philippine Women’s University and thus the first university for women in Asia founded by Asians. Following evolving trends PWU started admitting male students in the […]

Asia United Bank Corporation (AUB) is among the very few banks that was granted a full-branch commercial bank license in 1997 and is operating until this day. In 2013, AUB joined the league of Philippine Banks that have become publicly listed and acquired universal banking status. AUB was registered with the Securities and Exchange Commission (SEC) on October 3, 1997. Its registered office and principal executive offices are located at Joy-Nostalg Center, 17 ADB Avenue, Ortigas Center, Pasig City, Philippines. AUB was granted the authority to operate as a commercial bank under the Monetary Board (MB) Resolution No. 1149 dated September 3, 1997 and commenced operations on October 31, 1997. In 2012, it obtained approval from the Bangko Sentral ng Pilipinas (BSP) to upgrade its license into expanded commercial banking status. In 2013, the Bank was granted an authority to operate as a universal bank under MB Resolution No. 356 dated February 28, 2013. The universal banking license authorizes, AUB, in addition to its general powers as a commercial bank, to exercise the following: (1) Powers of an investment house, including securities underwriting and trading, loan syndication, financial advisory, private placement of debt and equity securities, project finance and direct […]

Angeles Electric Corporation is the third largest electric company in Luzon was known as Angeles Light and Power Plant when it formally started operating in July 10, 1923. The company has since survived a war, a fire and a major volcanic eruption. AEC -old building 01The company came to be known as Angeles Electric Corporation (AEC) when it was incorporated and registered with the Securities and Exchange Commission in 1959. Today, after more than 90 years in operation, AEC continues to move forward and remain at par with industry leaders. Angeles Electric Corporation holds the distinction of being the first electric utility company to achieve 100% electrification of all areas within its franchise coverage. This happened in 1969 with the conversion of distribution voltage from 2,400v to 13,800v that enabled the company to extend its power lines to the remotest barangay of Angeles City. 1983 LMC 02In 1996, the company was adjudged “Outstanding Countryside Investor (Large-Scale Category) of the Year” by the Philippine Chamber of Commerce and Industry, Inc. (PCCI) in recognition of AEC’s contribution to hasten the economic recovery of Angeles City after the devastating eruption of Mount Pinatubo. While the ‘80s may be considered as banner years when AEC […] 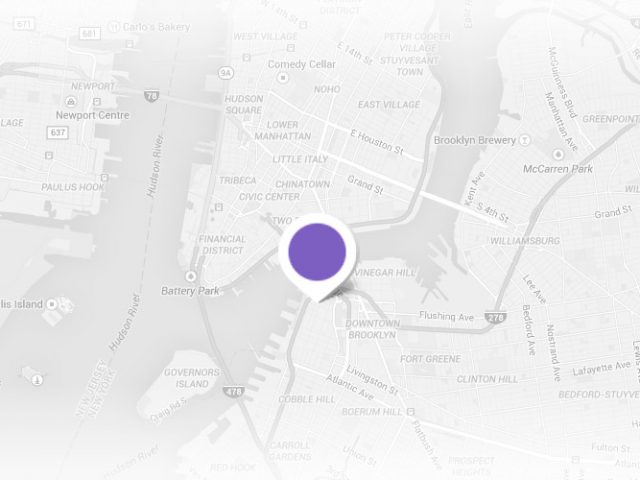 Amasya Guesthouse is located Santo Entierro St., Angeles City, Philippines. Hostel Description Our bunk beds are extra long & pretty comfy Fan-cooled rooms. We usually turn on the aircon for free when there’s a few people in the room. 🙂 Shared bathrooms with hot/ cold shower Wi-fi available at all areas Guests are welcome to chill at comfy cafe lounge from 8am-10pm. No curfew or lock-out (unless you forget your key) Fresh, clean bed linen provided Free luggage storage Metal secure lockers. Padlock rental only P30 Towel rental only P50 Private Accommodation Description Our bunk bed rooms can be reserved as private accommodation. Facilities are the same as hostel but there is air-conditioning included. Important Notes/ Hostel Policy Arrival & Check-in Please inform us in advance of your arrival, so we can be sure to be here for you. Late arrivals welcome. Check-in time is from 13:00- 22:00. If you are arriving outside these hours, please contact us to arrange access. Earliest check-in time is 1pm. If you are arriving early, luggage storage is available if the room is not ready. Early check-in is subject to availability & costs 50% of rate. Latest check-out time is 11am. Late check-out from 11:00 to […]

Start your Philippine Adventure with us

The beacon of hospitality, Clark Marriott Hotel is located at the central business district of the country’s fast-rising megalopolis and Asia’s next aerotropolis – Clark Freeport Zone in the Philippines. The first and only 5-star hotel in North of Manila is the most accessible destination for entrepreneurs and travelers with a short 5-minute drive from Clark International Airport. It has 260 well-appointed rooms and suites with contemporary designs and local touches giving it a distinct and vibrant aesthetics. It has five restaurants and bars to satisfy guests’ discerning palates. An all-day buffet restaurant, the Goji Kitchen + Bar, where world-class and homegrown tastes meet. And its specialty Korean restaurant, Smoki Moto, offering a feast for all the senses with authenticity and quality combined. Relaxation and recreation await at the Quan Spa, Fitness Center, Swimming Pool, and Kids Club. The Grand Ballroom that can accommodate up to 360 guests and four more Meeting Rooms are event spaces ideal for celebrations that are inspired by you and infinitely you. It is definitely a whole new take on business, celebrations, and travels at Clark Marriott Hotel. Marriott is on a journey to make your travels uncomplicated, unforgettable, brilliant. 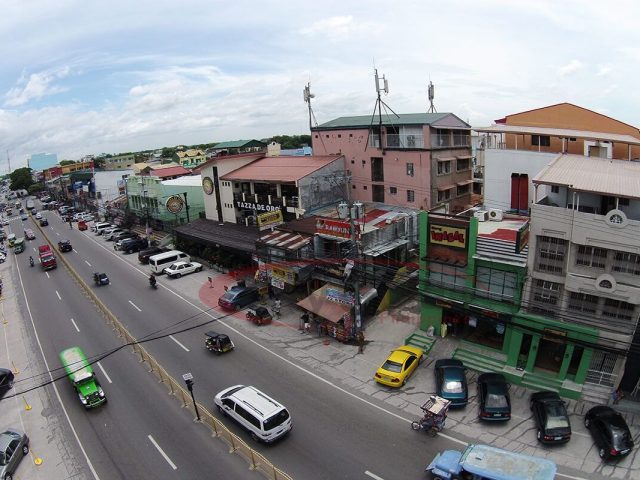